Reloaded – To a life from here .

To a life from here,
perhaps 2008  perhaps before,  we stood
me, Laura and Martina  to dabble in a thousand conversations,
small things,  laughter and music,  photography and poetry.

To a life from here,  but perhaps not for a life,  shine  will shine again in me those two stars.

Four blue eyes  they sent me that changed the world,  open mentality towards the future.

Wherever
I hope their good  and beyond the  the distances  misunderstandings and more
I hope that one day we will return friends.

For a life to them,
I just hope they’re smiling  because life is short and goes Smiled !!

Do not get used to …

Do not get used to it  to
“I love you”
to
“You’re the best”
…
ease  with which they are declared
feelings  the same amount of Monopoly money.

Do not get used to it  speeches that have peppered with compliments,  enthusiasms easy,  the hugs.

Rather accustomed to discernment. Time  as the strainer to the flour,  leave itself  pieces and only people of a certain weight.

The bulk remains in the soul  and often those who own  it is considered essential  is almost useless: chanterelle  Peacock and seller of himself.

Do not get used to it  because the party can turn into empty. Then I say so  I seem to counsel  and after so much time and crooked,  and so many beatings that

often do not mind at all stè attentions,  just give him so falling back !!

It happens that
melancholy dominates,
worn.
Paste thoughts  the happy memory of what you were.

It happens that  stress wears down,
chaos afflicting  and you seem to never ever come to the end.

Happens
… Yes, but …
Enchanted comes the Goddess Poetry
…  and here
dissolves the ugly inside !!

If they told me …

If they told me that life is bad,
I answer:
“You do not know she ,
and She is Life ”

They go  …
the clouds of Autumn
from the courtyards of the sky of Rome,
political parties, sweethearts,  the profs
… … …

Summer  the calm sea  the storms.

They go  …
like clouds on a blue pastel,
or swallows after winters spent elsewhere  and  at the same time  we are in  as the light of the sun to warm up the steps
… … …

A waltz
music and orchestra are waiting.
Will you dance with me?

A waltz
to the tune of those violins  let us go back to regroup.
The lightness of the legs

that read  out of a carpet of soft music,
find in the green of your eyes,  the green meadows where to find  what for me were.

The daisy on the scooter helmet,  film failure  library  …  and joy and Gaia  on a bench in the suburbs.

A waltz  while my eyes laying on your smile strawberry  and sweet as I would always see.

A waltz  from the past in the present volga  to head towards becoming.

A waltz and poetry  simple and beautiful  with your “we seh”  your photos  my illusions.

Coming events
as something you do not expect,  such victories as defeats,  benefits as cursed.

Here come the seasons to die from the cold,  or those carefree and short sleeves.

Good and bad things come all,  but when I have faced and saran distant
I lie down on the edge of life  top of a hammock made of clear.

« The future is not in the rearview mirror,
but in the windshield
…
Did you know ? »

Night  dots between yesterday and today,
quiet  calm wind  moon cold and callous that is there.
Moon  I have not turned their eyes more,
not a word  and yet I know  you’re still there  to illuminate  the path of those who  is lost at night in the night  and still wanders between Centocelle and the world.

Night  your jacket in black  you dress up all the houses  and on roads where it is now quiet.

This suburb  assumes magical scents  between a deli and tranvetto  that  still waiting for forty minutes,  along with the new day will start again …

.. Couse is my smile and your passport to make a trip to a world unto itself
for that I say ” thank you. “

Tomorrow is another trip
I see in you the destination and departure.
Thank you that you exist.

I ask myself , what Paola thinks

behind the cloud of red hair,
when I see it pass rush.

Who knows what he sees Paola,
from those glasses,
into a smile that I know well.

And there are so
a cigarette with a companion,
between a hello,
television in a yard,
To wait for new work. 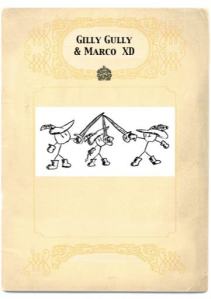 Thank you to exist to

Click on the names of  my friends and go to see the steps of a real friendship .

Design and Graphic are propriety of Gillian Grant © 2012

art, Design, Emotion, FotoRacconto, My icelanic star, Smile, The black knight, The dancer and the poet

With your initial classical piano

With your Mediaplayer 8 or 9

with your Internet Explorer 5 or 6

I saw an open world

friends in the first web

And now no more hate

and no longer uses

and all components favorite

and MSN was himself,

not Windows Live or Blind

or other empty things

or looking for drivers,

had everything and nothing

stuff that we could well have

a hard disk ” before thesecond war “

and dinosaurs from 10 gigabite,

with graphics and stunning color,

and more I find

that easy to do,

and wonder if I will discover you dear system

archeology in the ‘memory

but time is pressing,

and a lot of evolution

did not help our wallets,

modern man, so much modernity

will live forever until the etrnity !!

The first operating system that used 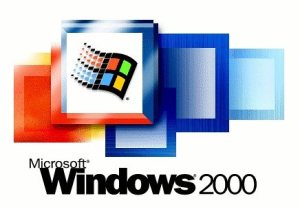 Whitney Ibe Blog!...Always With You

I write about Desire. Sex. Longing. Pain. Darkness. All of it.

Trust and Believe In The Unseen

We only live once. Hence, let's not stop dreaming

Il tempo di qualità
Luna 🌙
it rains in my heart

Book Blogger, Poetry and Fiction Writer. Oh, and I talk about dogs...a lot

The Essence of you

Meet your beautiful Ukrainian bride in the "City of Brides"

Feast Cook
Remedies for love back and All Problem Solution